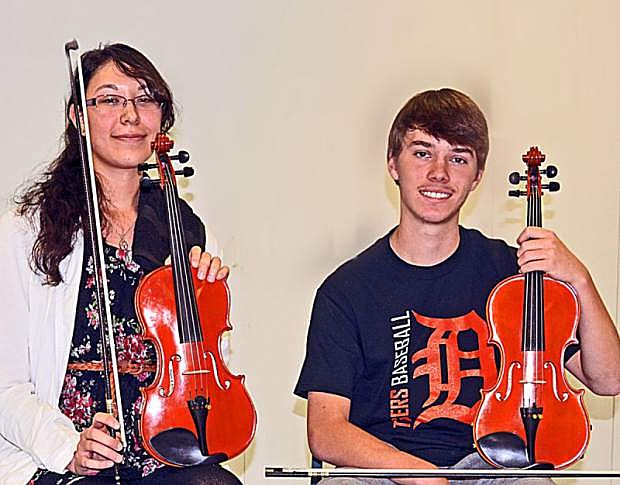 Concertmasters, Faith Adams, a student at WNCC, and Dario Watroba, a sophomore at Douglas High School.