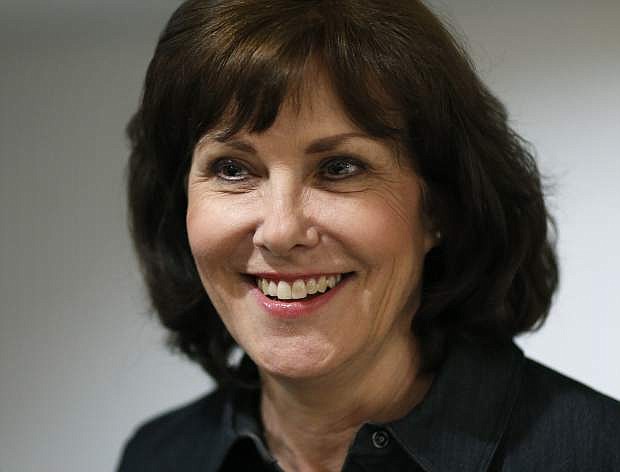 FILE - In this June 14, 2016 file photo, Democratic Congressional candidate Jacky Rosen attends an election night party in Las Vegas. Republican candidate Danny Tarkanian,who narrowly lost the most expensive congressional race in the nation to Rosen, is suing the Democrat, claiming that he was defamed in the final weeks of the campaign. (AP Photo/John Locher, File)