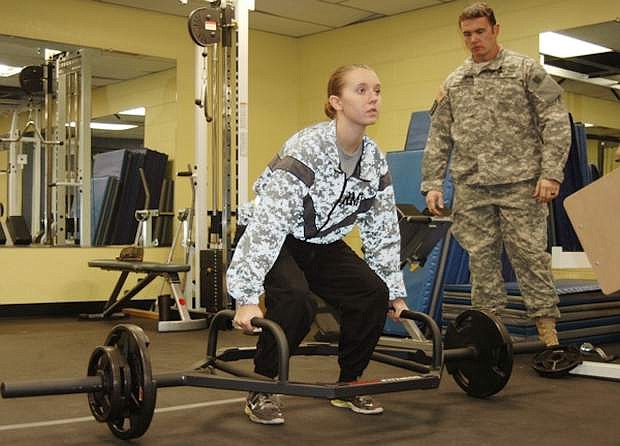 Pvt. Brittany Sears, 18, of Virginia City Highlands, completes the dead lift portion of the Occupational Physical Assessment Test in Stead, Nev., in October. Sears is set to become the first woman in the Nevada Army Guard to hold a combat-occupation role in a front-line unit. If she passes her upcoming training, she&#039;ll become a combat engineer in the 609th Engineer Company in Fallon.