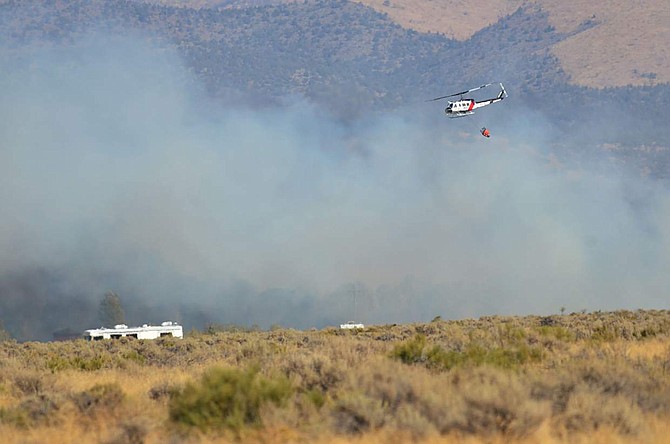 A helicopter that was fighting the Frontage Fire on Sunday.