Changes in the wind for the Navy 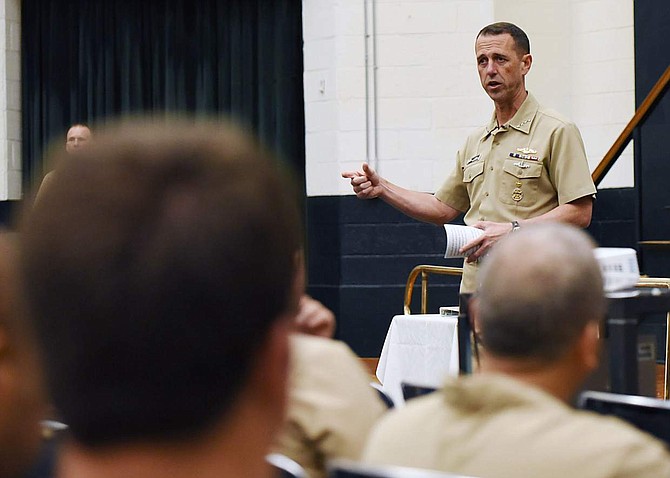 160929-N-OT964-120 NORFOLK (Sept. 29, 2016) Chief of Naval Operations (CNO) Adm. John Richardson discusses the Navy&#039;s rating modernization during an all hands call with Master Chief Petty Officer of the Navy (MCPON) Steven Giordano. Effective immediately, Sailors will no longer refer to each other by rate IE YN1, but rather by rank IE PO1. Other personnel policy and program changes are being reviewed to ensure Sailors are afforded more billet opportunity can career flexibility. (U.S. Navy photo by Petty Officer 1st Class Martin L. Carey/Released)