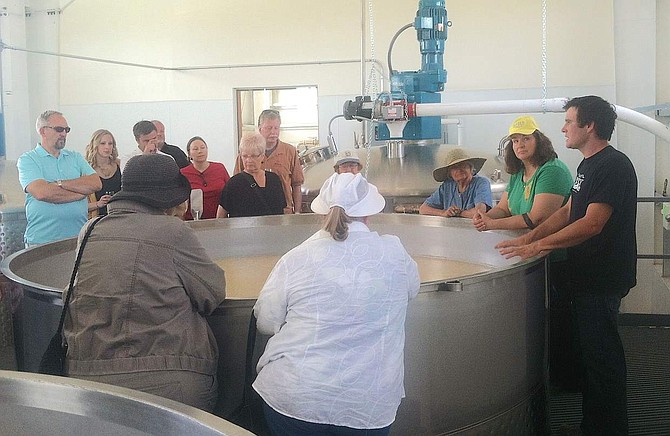 Frey Ranch is hosting a two-year anniversary party on Oct. 15. Colby Frey shows a group in 2014 the process for making liquor.