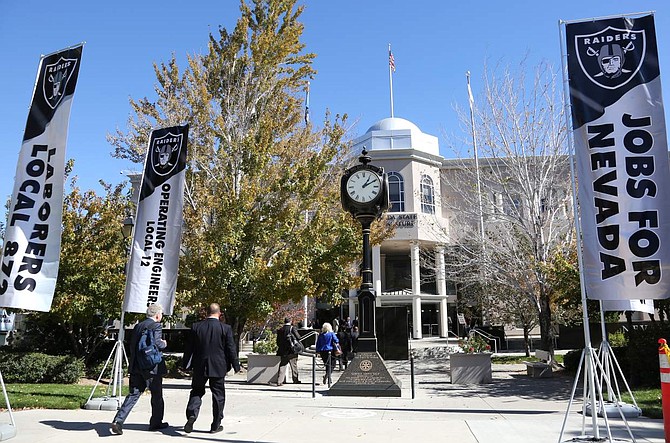 Lobbyist walk past banners outside the Legislature Building supporting the building of a football stadium in Las Vegas.