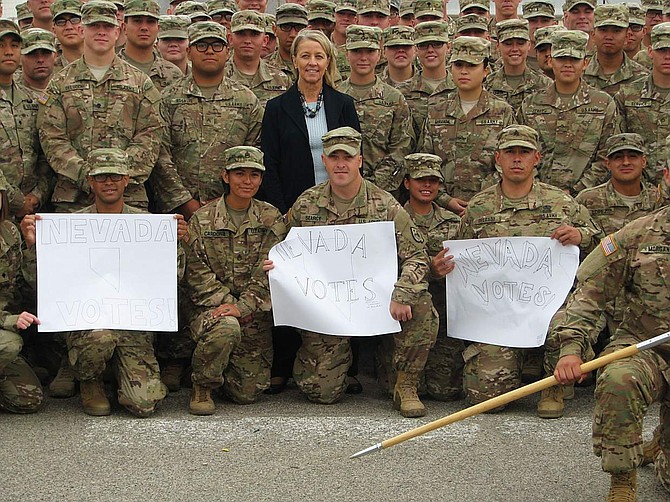 Nevada Secretary of State visited our deploying troops in Texas to make sure they would have their chance to vote.