Firefighters work to keep fire from any major roads 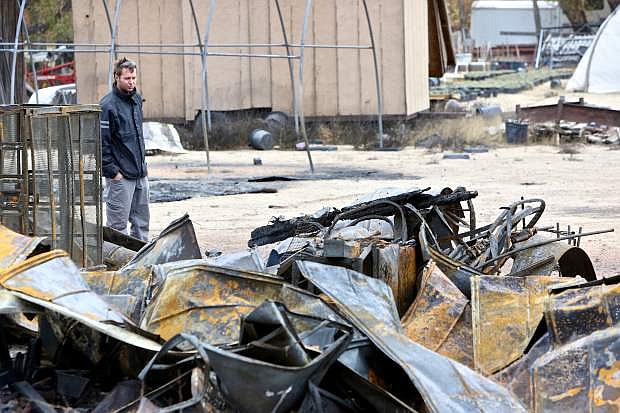 3rd generation Washoe Valley resident Tai Fox looks over the remnants of his family&#039;s shop on the corner of US395A and William Brent Rd. Saturday. The Fox family battled the flames but had to flee when the fire grew too big. Thankfully their property was insured and their actual residence was spared from the blaze.