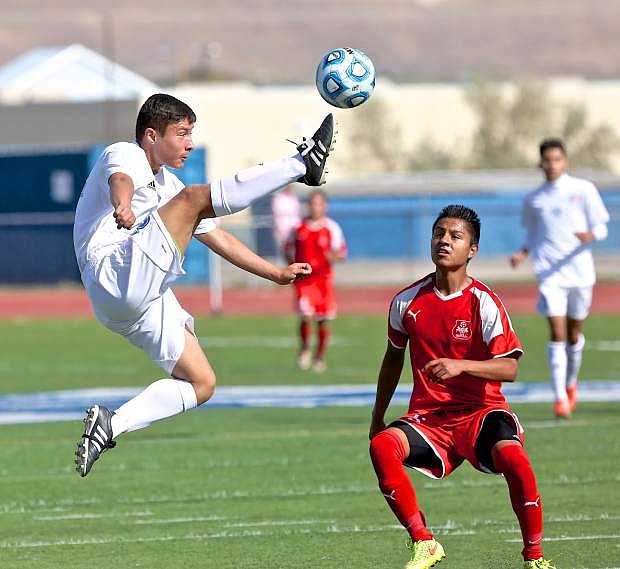 Sophomore Trinity Ramirez battles for posession of the ball at the Jim Frank Track and Field Complex Saturday during a game with the Wooster Colts. The Senators won 2-1.