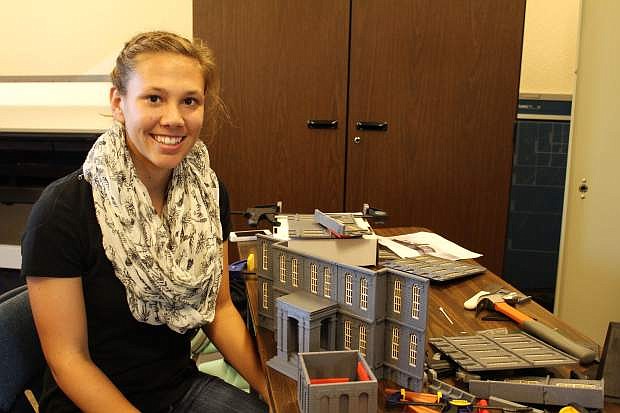 Carson High School CTE architecture student, Makaela Bigley, is assembling the pieces of the 3D replica of the Carson City Mint that will adorn the commemorative cake made by CHS CTE culinary students to mark the 75th anniversary of the Nevada State Museum.