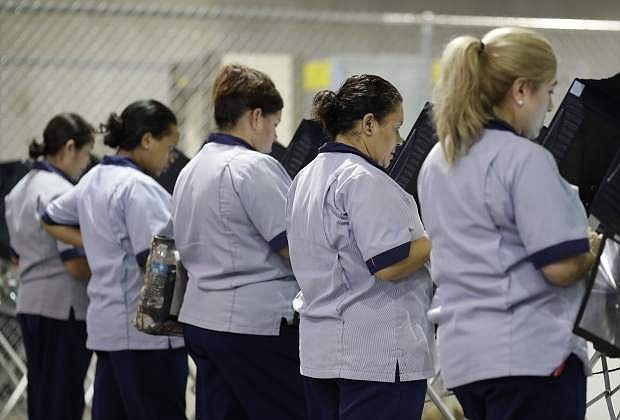 In this Oct. 26, 2016, photo, employees of Caesars Palace vote at an early voting site in Las Vegas. Inflamed by Trump&#039;s candidacy but with an eye on turning the whole ticket blue, organized labor groups including the heavily immigrant Culinary Union are in the thick of an aggressive get-out-the-vote campaign in Nevada. (AP Photo/John Locher)