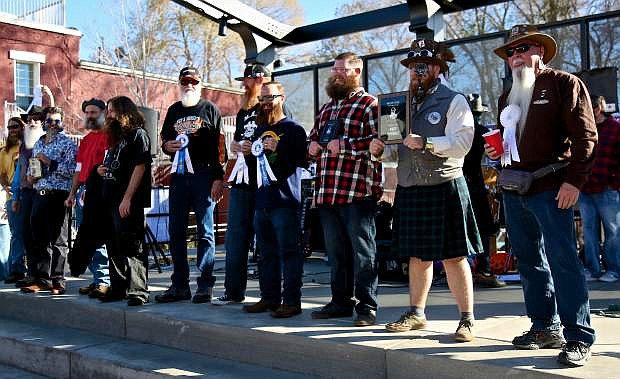 Winners of this year&#039;s beard contest take the stage at the end of the competition Saturday in McFadden Plaza.