The buzz on wasps: high populations linked to mild winter 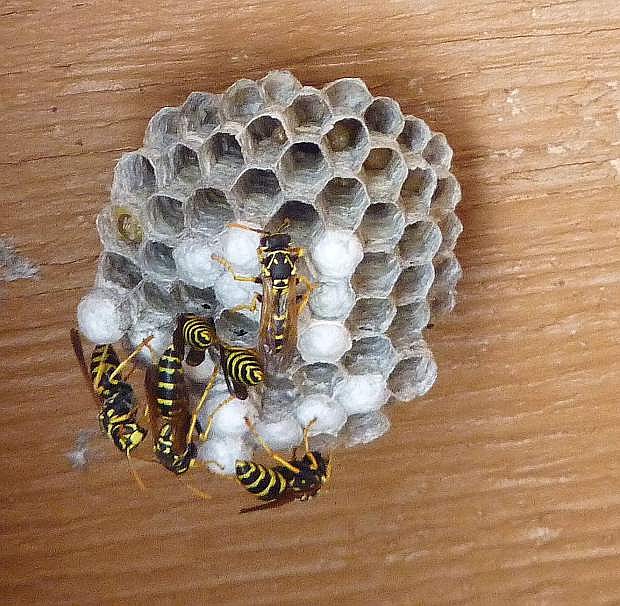 Yellowjackets work on a nest in an eave in Genoa on Monday. Cold temperatures make the wasps sluggish.