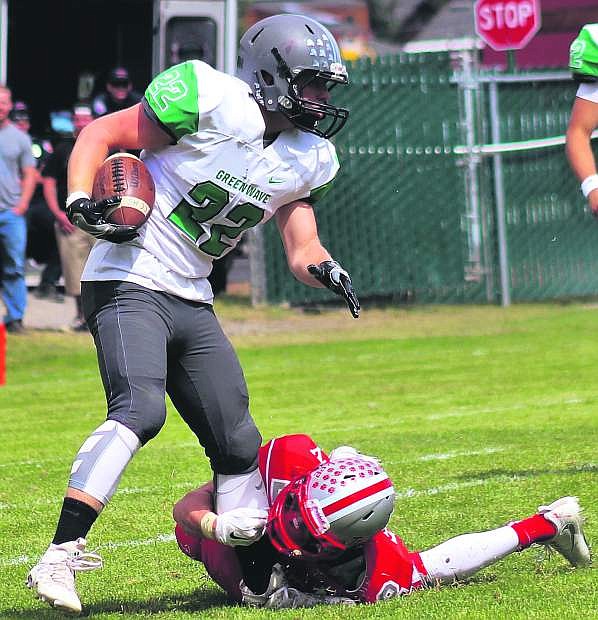 The Wave&#039;s Cade Vercellotti struggles to break free while a Truckee tackle grips his leg in the first half of the Wave&#039;s 28-12 loss to Truckee on Friday.