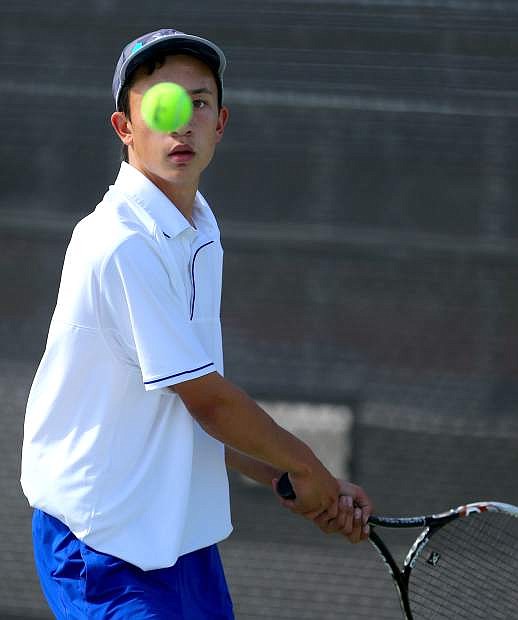 Singles player Ryan Tomita sets up for a return volley in a match against McQueen on Tuesday.