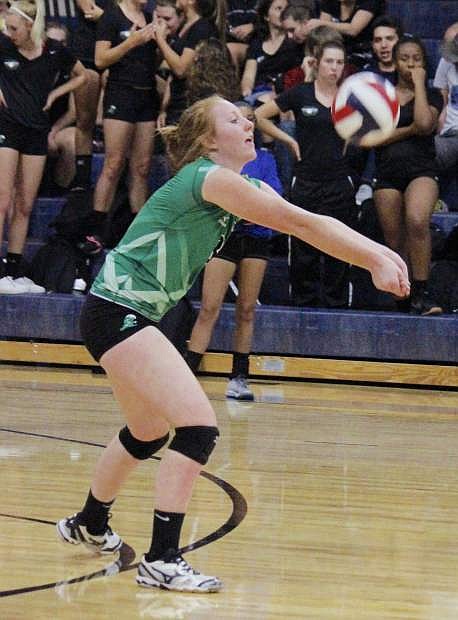 Fallon&#039;s Kayla Buckmaster sets the ball up for a return to Lowry.