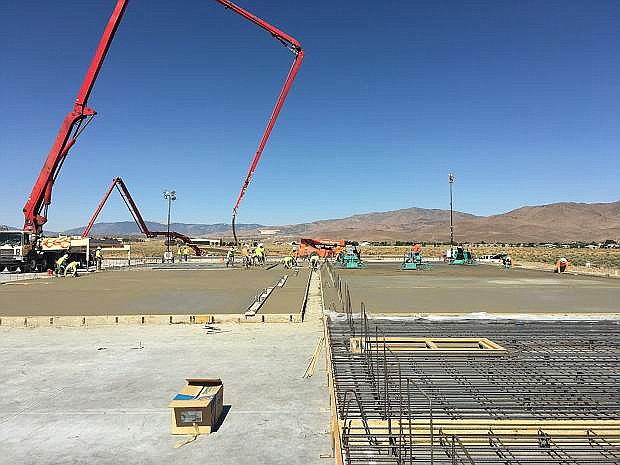 Construction continues on the new additon to the WEBstaurant distribution center in Dayton.