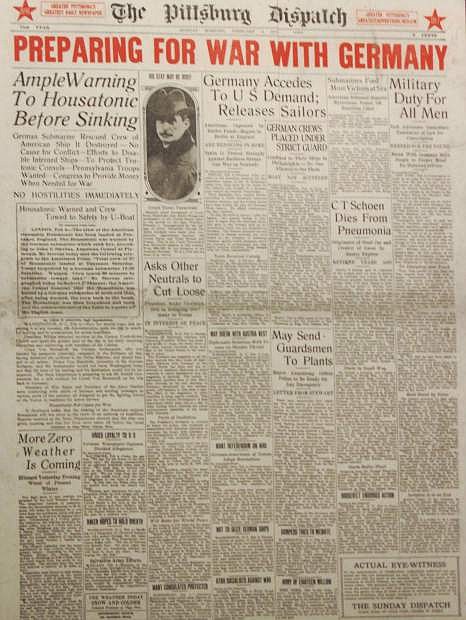 This newspaper headline from February 1917 foretells of the United States&#039; impending involvement in World War I. The newspaper is displayed at the World War I National Museum in Kansas City, Mo.