Shaffer’s Wolverines set the bar in 3A football 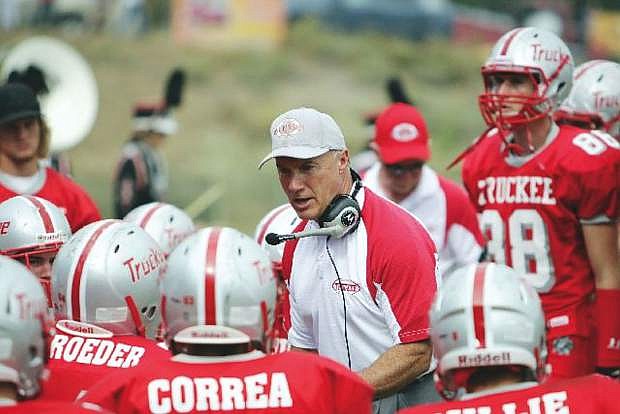 Truckee football coach Bob Shaffer talks to his players in this file photo.