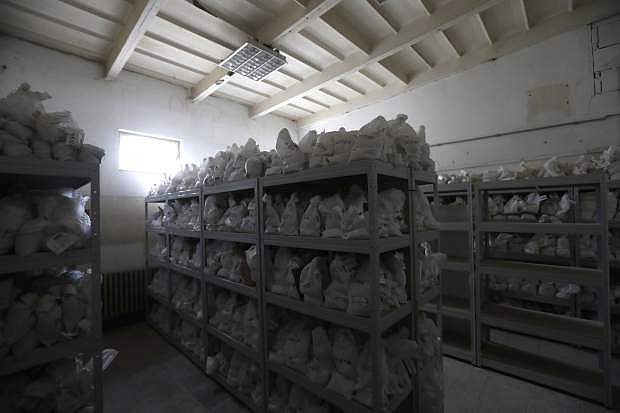 In this picture taken on Wednesday, March 22, 2017, bags with processed ore samples containing lithium are placed in a storage room of Geomet company in the village of Dubi, Czech Republic. Geomet explored and confirmed large deposits of Lithium near the village of Cinovec. An expected massive surge in demand for this metal means a revival of centuries-long mining tradition in the area. (AP Photo/Petr David Josek)