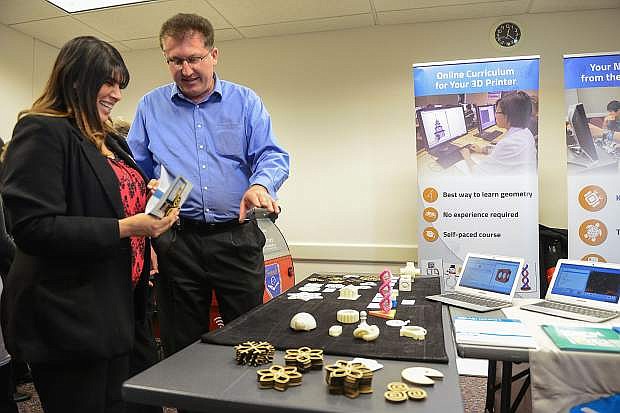 Pavel Solin, founder and CEO of NCLab, talks about coding skills and 3D printers with Nevada Assembly employee Patricia Demsky. Library representatives from around the state met with lawmakers to raise awareness about issues facing state libraries as part of Nevada Library Day.