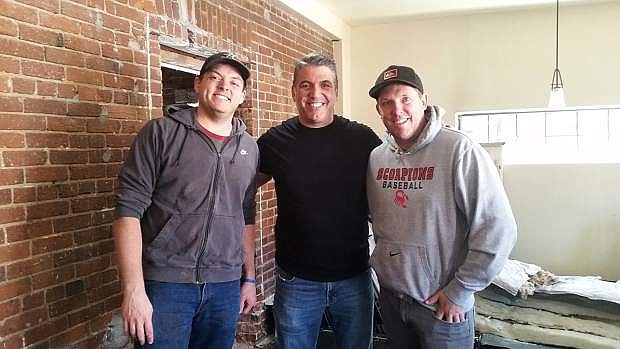 Nick Meyer, Mark Estee and Tommy Linnett work on some interior renovations for their new venture, The Union, in downtown Carson City on Thursday.