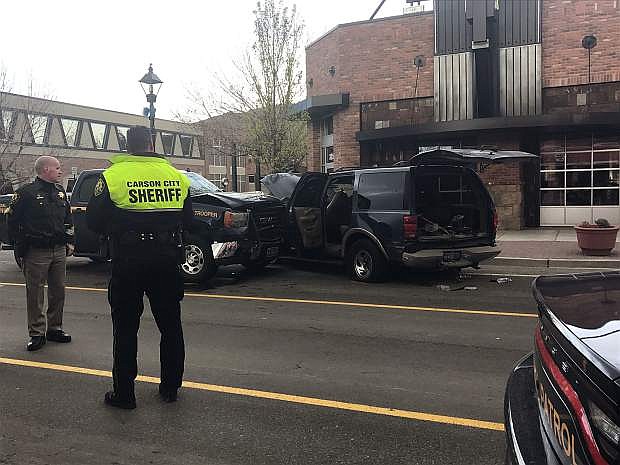 A high-speed pursuit ended in a crash on Carson Street Wednesday morning after a suspect attempted to flee from Nevada Highway Patrol Troopers.