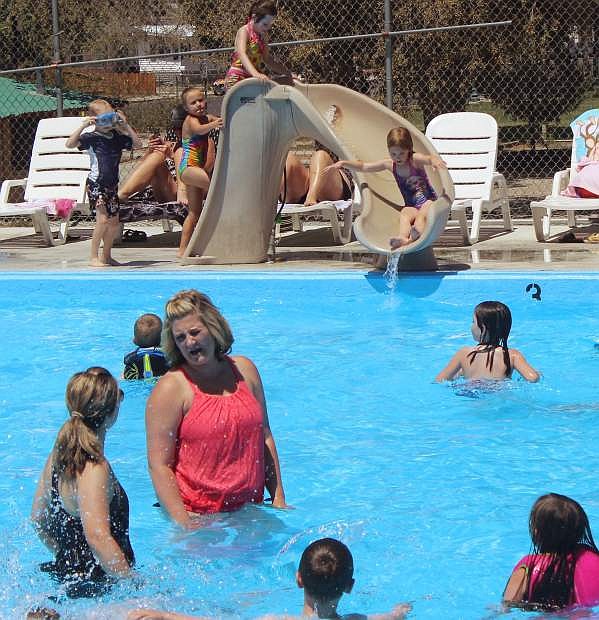 The city pool was a popular place Monday afternoon as temperatures soared to 102.