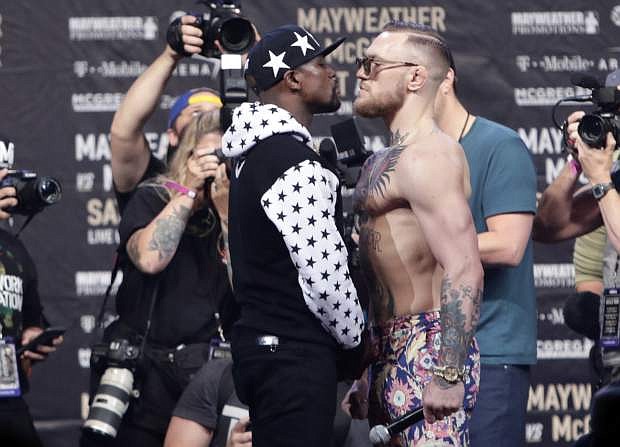 Floyd Mayweather Jr., and Conor McGregor at a news conference at Barclays Center in New York on July 13. throughout the arena. (AP Photo/Frank Franklin II)