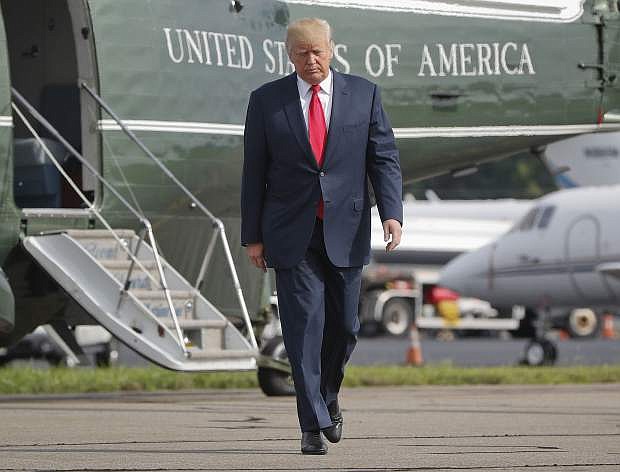 President Donald Trump walks across the tarmac from Marine One to board Air Force One at Morristown Municipal Airport in Morristown, N.J., on Aug. 14.