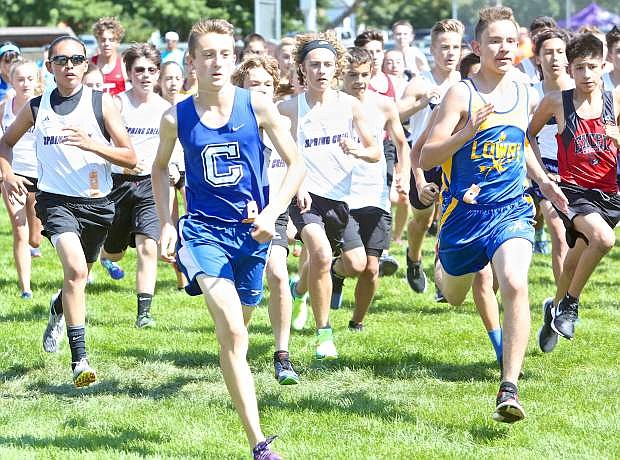 Carson High freshman Parker Lehmann takes off from the starting line of the freshmen class event at Lampe Park Friday afternoon in Gardnerville.