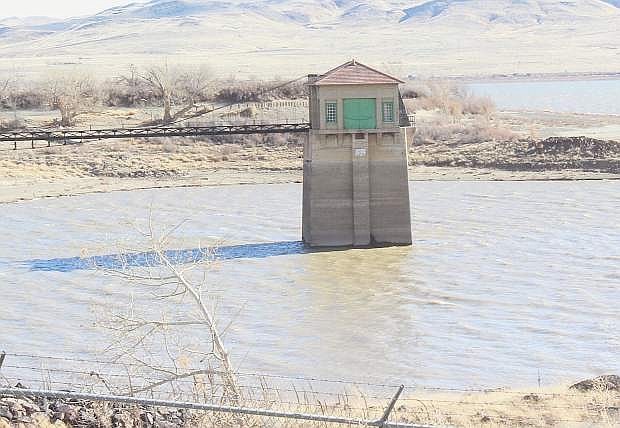 Water begins to fill up in Lahontan Reservoir in January because of the runoff from Sierra storms.