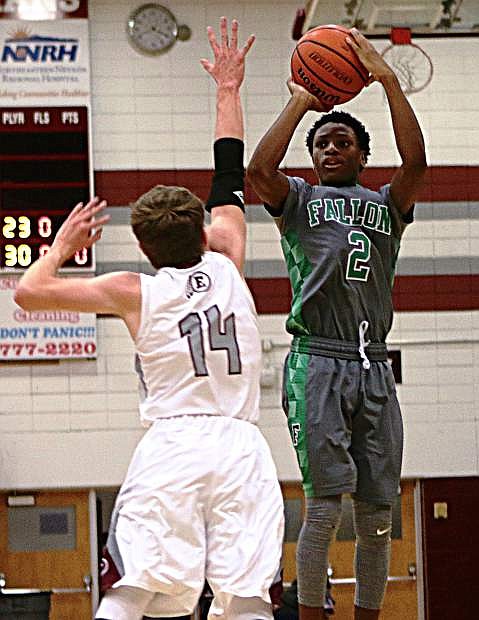 Elijah Jackson takes a shot over the head of Elko&#039;s X.