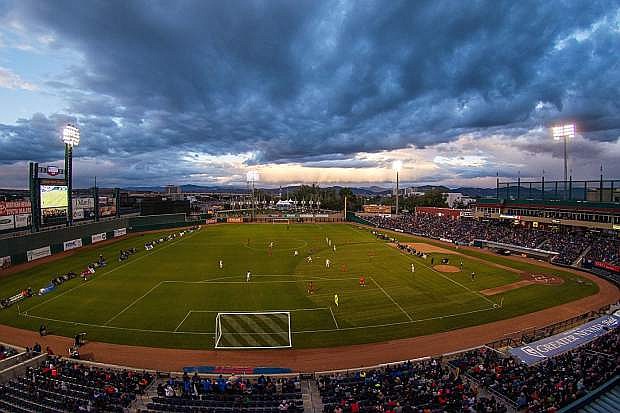 A panoramic view of the exhibition soccer match between Liverpool FC U21s and Sacramento Republic FC on May 25, 2016 at Reno&#039;s Greater Nevada Field.