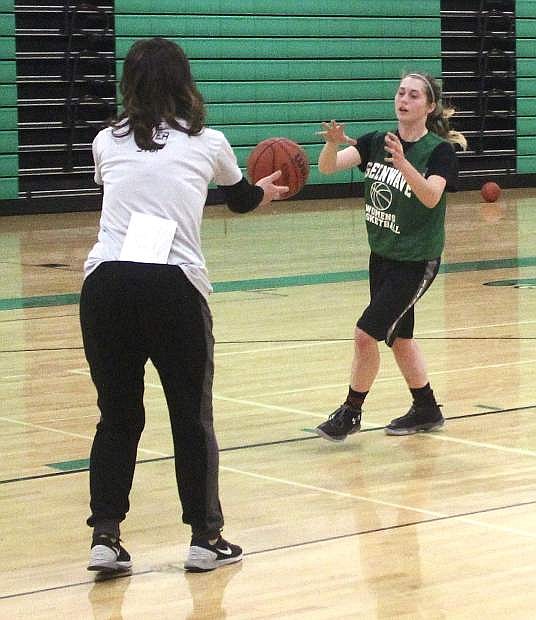 Coach Anne Smith, left, passes the ball to Kenna Hamlin during a drill at a Lady Wave practice earlier this season.