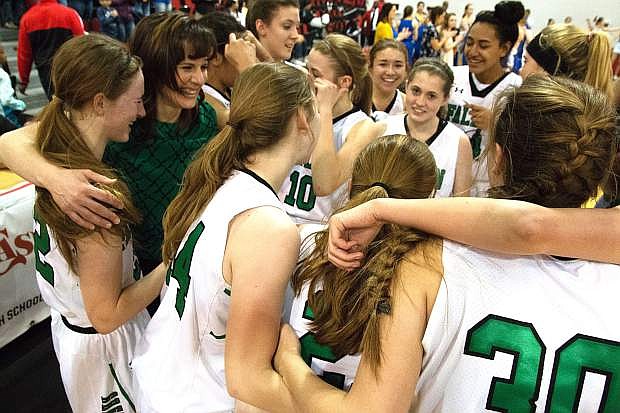 Fallon celebrates winning the Class 3A state title over Lowry on Saturday.