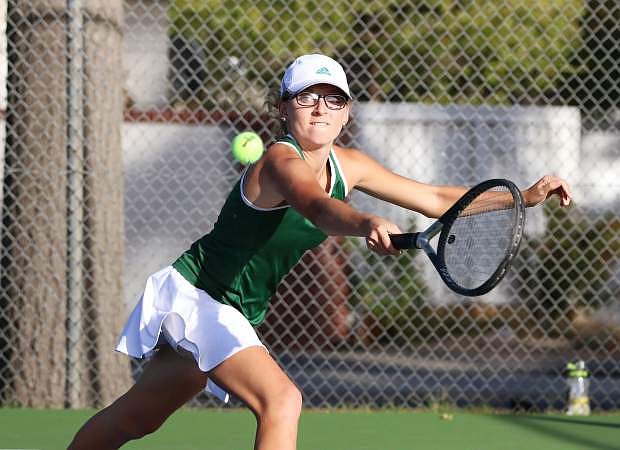 Fallon senior Melanie Nuckolls reaches for the ball in the Lady Wave&#039;s regional championship against Truckee in October. She won the regional singles title.