Carson picks up another big win against Manogue 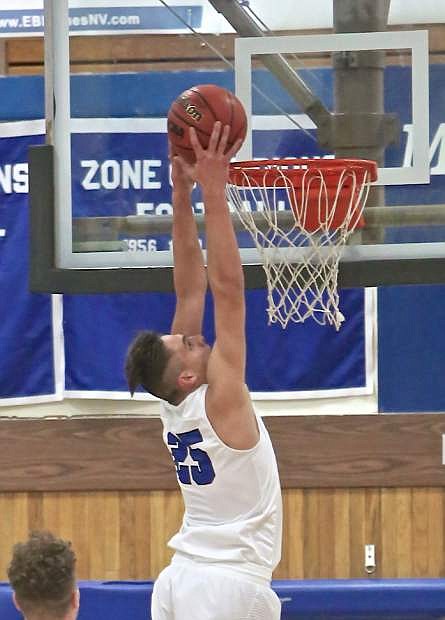 Senior Jayden DeJoseph dunks one early in the game against the Bishop Manogue Miners Friday night.