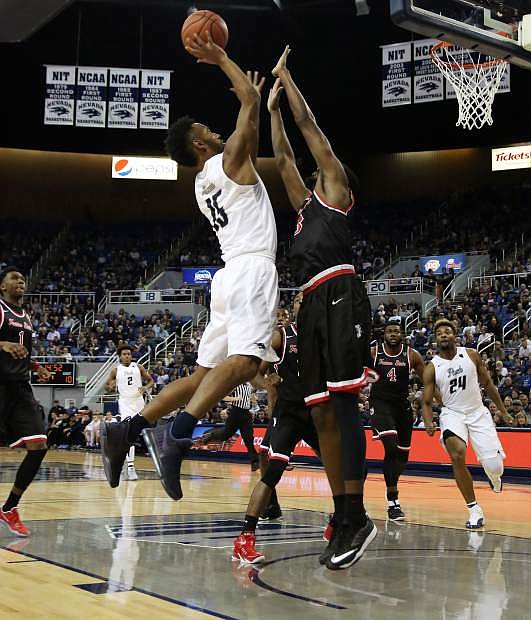 D.J. Fenner floats a shot over a Fresno State defender on Saturday.