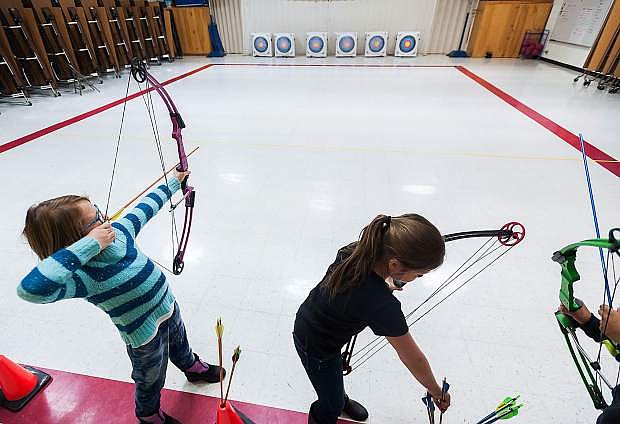 Eleanor Romeo, a 9-year-old competitor for the National Archery in the Schools Program team at Fritsch Elementary School, lines up a shot during practice on Tuesday, Jan. 18, 2017 in Carson City, Nevada. Photo by Kevin Clifford/Nevada Photo Source