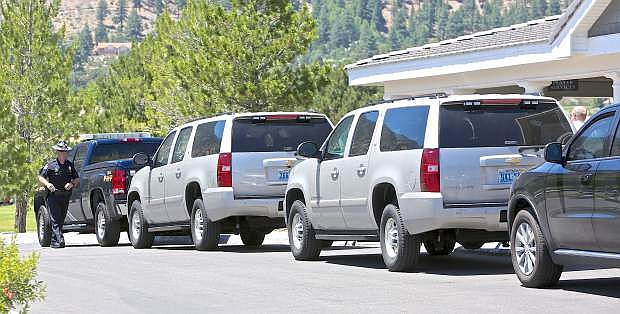 Former President Bill Clinton&#039;s motorcade sits outside the clubhouse at Genoa Lakes Golf Course Wednesday. President Clinton shot 9 holes at the Lakes Course before heading off to a speaking engagement.