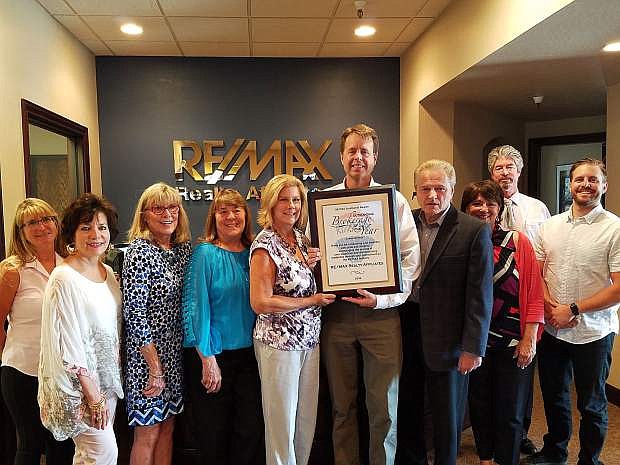 Carson City RE/MAX team proudly displays their Brokerage of the Year Award for 2016, recieved in April.