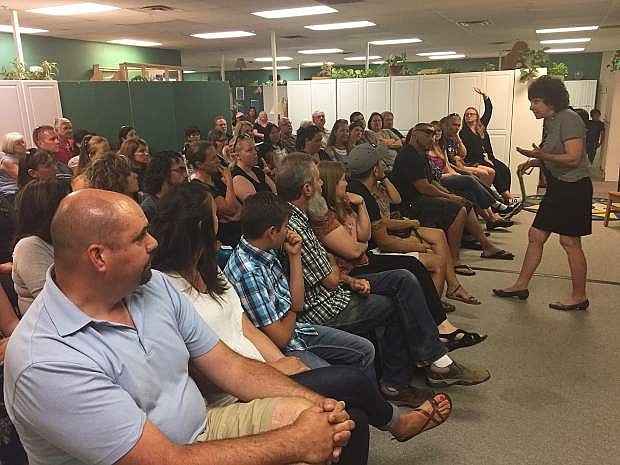 Community members associated with Carson Montessori School plan for this week&#039;s Board of Supervisors meeting.