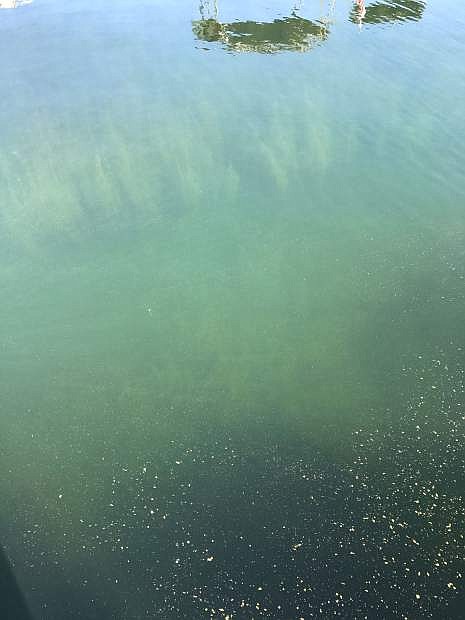 Though the murkiness of the water makes it difficult to see, the top of the photo shows where 8-foot plants are still growing, compared to the bottom of the photo where the treatment has eliminated the plants.