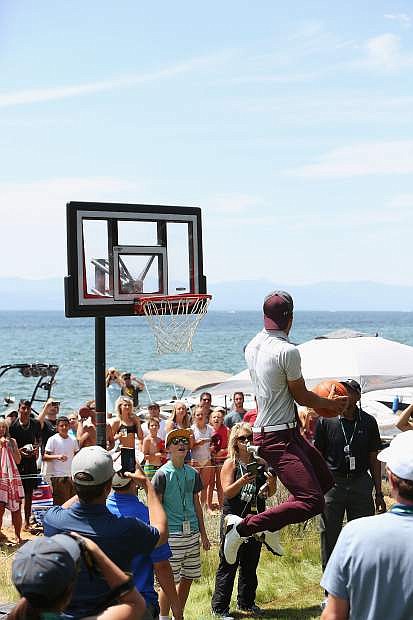 Steph Curry attempts to dunk on the portable hoop on the 17th tee Friday.