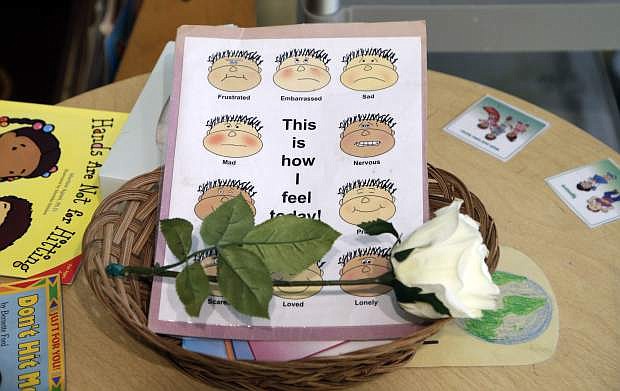 A single white rose rests on the &quot;peace table&quot; at the Verner Center in Asheville, N.C., on Thursday, March 23, 2017. The spot is designated to help angry kids work out conflicts with their classmates. (AP Photo/Chuck Burton)