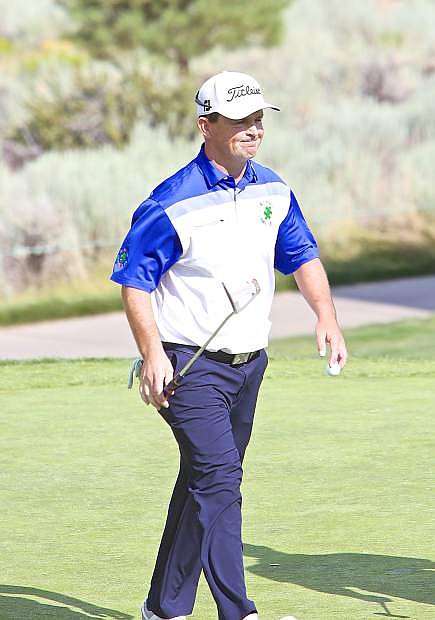 Greg Chalmers walks off the green on Saturday during the Barracuda Championship in Reno. Chalmers won the event on Sunday.