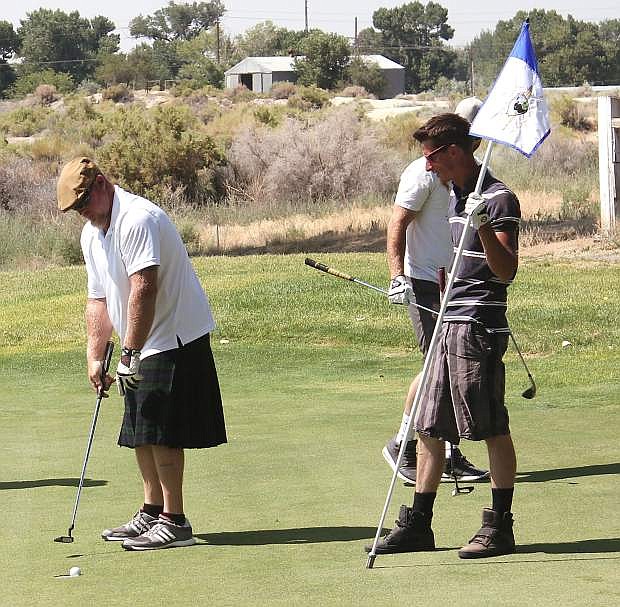 Moward, left, and Dustin Cantrell putt out on a hole at Fallon Golf Course.