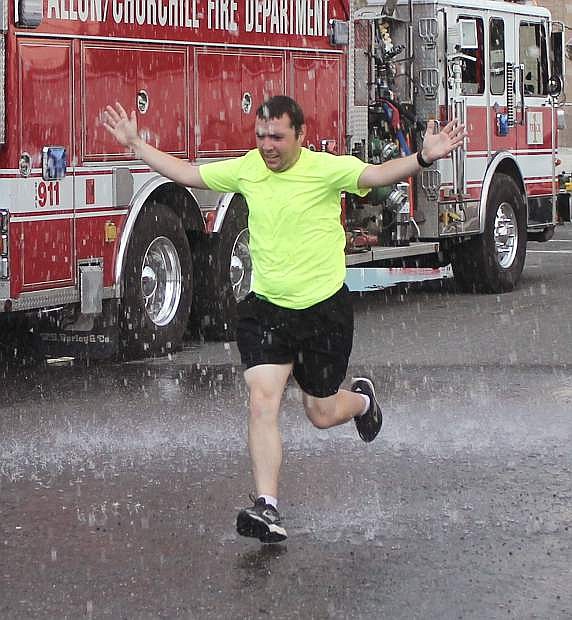 Sean Lacow runs through a spray of water as he homes to the finish of the Honoring American Heroes 5k.