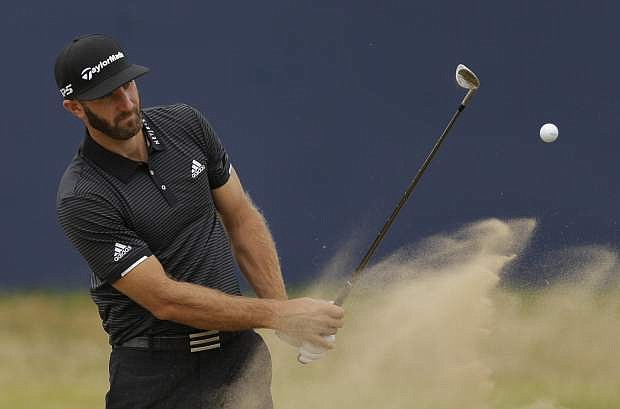 Dustin Johnson of the United States plays out of the bunker on the 18th hole during a practice round Wednesday ahead of the British Open at Royal Birkdale, Southport, England.