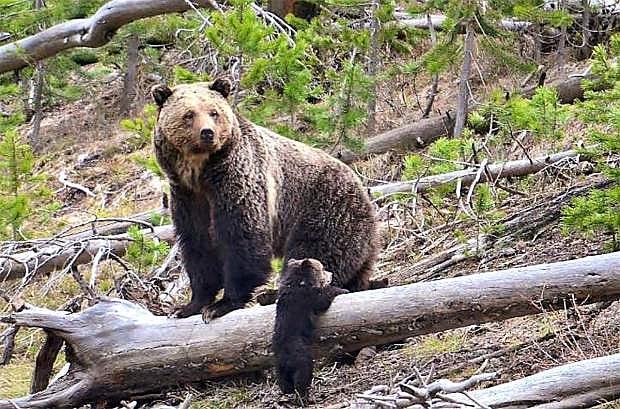 A female grizzly bear and her cub wander in the wilderness at Yellowstone National Park.