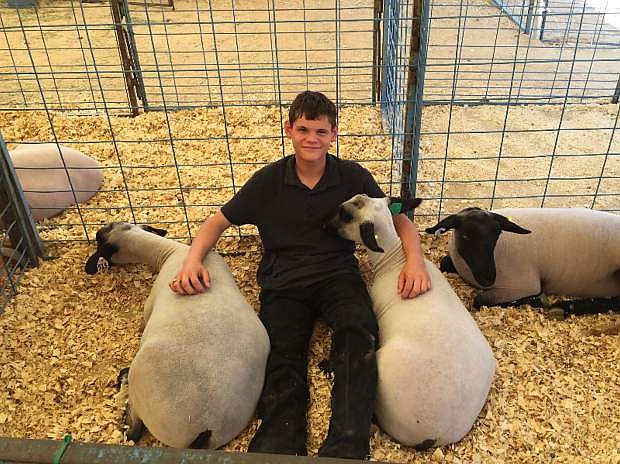 Caleb Apple, 16, sits in the pen with his 4-H sheep before the show and auction, which will be 9 a.m. today at Fuji Park.