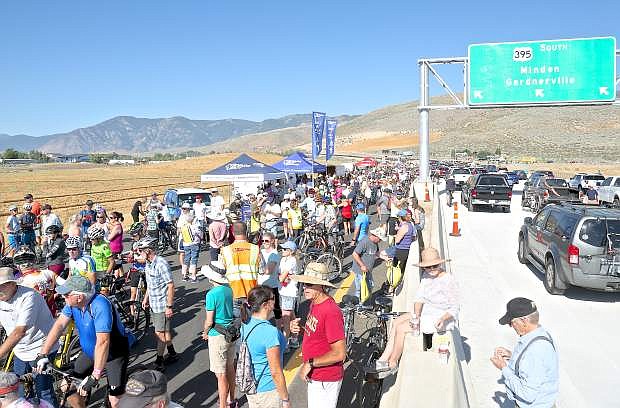 Hundreds of people attended the preliminary grand opening and fun run/bike/walk on the new section of I-580 in Carson City on July 22.